He is a physicist and scientist specializing in quantum magnetism. He is currently Professor of Condensed Matter Physics at the Faculty of Physics of the University of Barcelona and director of the Laboratory UBX. He has developed his professional and academic background in German, French, British, American, and Spanish universities. He has published over 300 papers in international journals whose citations amount to 7500. He has also published 200 articles in Spanish newspapers and has written textbooks on magnetism and popular/divulagative science books. He has been invited to 108 international conferences in various universities and research centers, as well as 24 conference in Spain. He has 15 international patents and has conducted 27 projects of basic research, applied research, 18 companies, 17 theses and 30 doctoral theses. Among his most important scientific achievements include the first experimental evidence of tunneling of the magnetization, the discovery of resonant tunneling spin, the discovery of quantum spin coherence, and the discovery of magnetic deflagration quantum. His scientific work has been recognized with several national and international awards and he is a member of various European and American scientific societies. 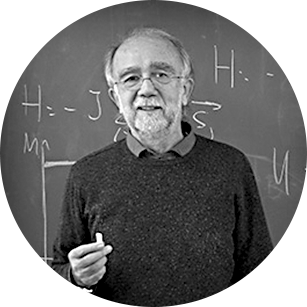