Ma Elena Lauroba Lacasa is a professor of Civil Law at the University of Barcelona (2001- …). Her current lines of research are family law and law persons, real rights, associations and foundations, and alternative dispute resolution mechanisms, which she has developed in the framework of successive research projects and groups of consolidated research (she was co-director of the White Paper on Mediation in Catalonia). Currently, she is the PI of the Research project “Real rights in the construction of European private law: indexes, purchasing systems and multiplication of objects” (2014-2017).

General Secretary of the UB (2003-2005) and its Commissioner for Gender Policy (2006-2008). General Director of Law and Legal Entities at the Department of Justice of the Generalitat de Cataluya (2009-2011). Visiting lecturer at the University of Perpignan ̈ (2009) and lecturer in the Master’s in Notary Law from Paris-Sud ̈ (2015- …) and at the Université d’été de l’Université Phanteon-Assas (2016- …). Guest researcher at the Free Universities of Brussels, Cambridge, Edinburgh and the Droit Comparé Institute in Paris. She is the president of the Spanish section of the Association Henri Capitant des amis de la culture juridique française and member of GEMME and the ELI. 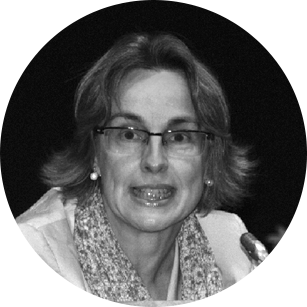